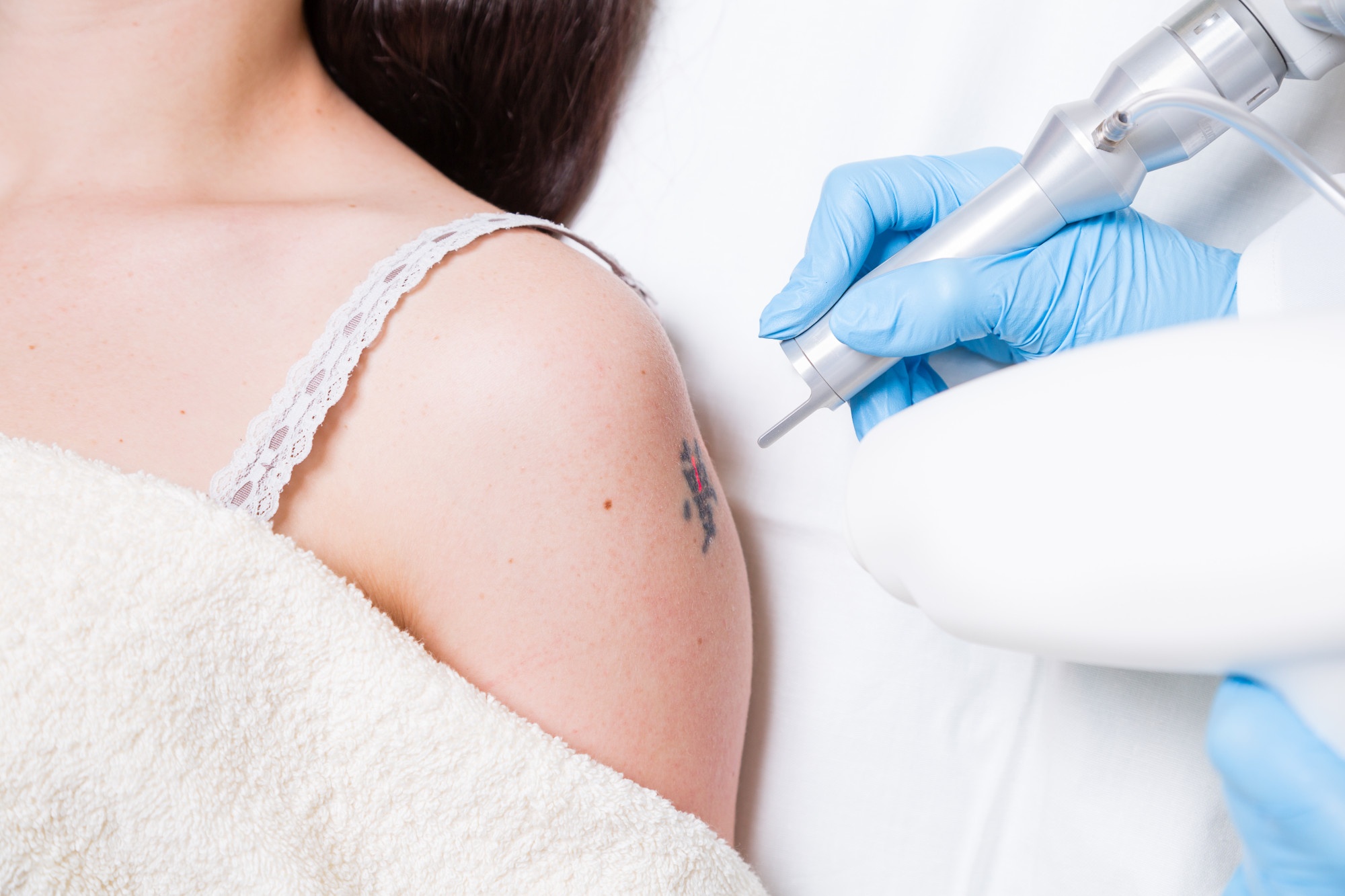 Are you looking to get a tattoo removed?

Laser removal is the number one choice and recommendation for most people out there. The problem is people fear how much they think laser removal hurts. This leads people to seek out alternative treatments for having tattoos removed.

For instance, tattoo removal cream has become somewhat popular, but the jury has been out on whether it works or not. Although still new and unfamiliar, this new tattoo removal process has been an attractive temptation because it is painless enough to try. Do these creams work though?

The sad truth is that it doesn’t. Keep reading to find out why this method of getting rid of tattoos isn’t all it’s cracked up to be.

1. Most of the Claims Have no Truth

How they advertise creams that removed tattoos is that they’re a quick and painless way of renewing your skin. The truth behind this though is that there’s no grain of truth in their statement. How these creams work is the exact opposite of their claims, in fact.

Instead of offering a painless solution, the cream causes your skin to experience a burning sensation on the area you applied it on. This is because the way it works is the topical cream kills off the skin cells on your skin’s surface.

This then leads to a slight pain at first, then irritation in the next following hours. Killing off the skin allows it to peel off and your body will then heal itself by producing new skin in its place. That’s the idea behind these creams.

However, your tattoos are within the dermis of your skin, an extra layer below the surface. Because the cream only burns away at the epidermis, they won’t actually remove your tattoos. Your tattoos will only fade away instead but they’ll still be there, only discolored and lighter.

Regarding how fast these creams should work, people say it will get the job done in a week or so. The truth is that it takes more than a week to work. These creams take a while to have any effect on your skin and once it does, you have to wait for your skin to rejuvenate before trying again lest you risk permanent damage on it.

These creams not having an FDA approval should be another red flag for you. The FDA keeps a close eye on certain chemicals whenever something new appears on the market. One of these chemicals is trichloroacetic acid, which is the main ingredient in these tattoo creams.

FDA doesn’t want anything containing this substance anywhere where the public can have easy access to it because improper handling of the substance can lead to many consequences. For example, should any of it spill into your eyes, permanent damage can occur which may leave you blind.

Having this chemical in products which children can mistake for a plaything is a slippery slope that leads to mayhem. Even with adults, the risk of improper use is too great to allow into the regular household.

3. Ingredients Bring Their Own Complications

Other than the possible dangers of trichloroacetic acid listed above, there are more complications brought about by this chemical. This is the chemical responsible for making your skin easy to peel. Too much of it can cause a myriad of problems such as visible blistering.

More often than not, these blisters also hold a watery substance within them. This is the body’s natural response when there’s something it doesn’t want to get exposed to. If you experience these kinds of blisters, it’s better you halt your treatment and get checked instead.

Another ingredient of these creams is hydroquinone. Although harmless on its own, for lightening your skin, it becomes dangerous when mixed with the substance above. When combined with trichloroacetic acid, it opens up new side effects that either one would produce on their own.

A container of tattoo fading cream will not make your tattoo disappear. Instead, there’s a strong possibility that a lot of side effects appear. Some side effects are minor and only affect your skin’s appearance.

For instance, there will be obvious discolorations in the area you applied it to. These are similar to that of chemical burns which you can expect from its ingredients. There are some cases where your skin will also have a change in texture, but those only occur to those who overuse it.

Other side effects may not be as minor those. Some cases report people experiencing severe rashes and hives after using the cream. These may be due to the combination of the 2 ingredients. Their enhanced effects may impact others worse depending on their skin’s sensitivity.

Some side effects are because the chemicals affect a person’s systems. For instance, the chemicals may have a certain effect on some users in that it makes it harder for them to breathe. In fact, some cases report that some users experience anaphylaxis after treatment.

You can attribute this to a person’s unique reaction to the product, but the risk is too great to ignore.

What’s a Better Alternative Solution for Tattoo Removal Then?

There are several better alternatives you can go for instead of using these creams. One such treatment is through surgical excision. This procedure involves the surgeon numbing the area with a local anesthetic.

Once the area is ready, they then remove the entire tattooed part. This method is quick and only takes 1 session for you to remove your entire tattoo. This procedure means you’ll have a large scar that can last for months though.

Another method is dermabrasion. This method involves an abrasive brush scraping against your skin until it’s gone. This method leaves little marks, though the skin will feel tender and painful for a few weeks.

The best method to avoid those inconveniences is laser tattoo removal. Contrary to popular belief, it’s not as painful as it would seem. Yes, there’s a little shock during the procedure, but that’s brief and not much else follows after that.

Also, while the procedure leaves you with irregular skin right after, it will heal back to normal in a short time.

Before you think about buying a jar of tattoo removal cream, read our blog to know what you need about the product. Removing a tattoo takes more than cream as most people find out the hard way. Don’t make the same mistake and go for real ways to remove tattoos now!

Looking for a good service to get rid of your tattoo? Contact us here! We’ll get you back the natural body you want!